Over the weekend, Kansas City found itself in the national spotlight via a viral Reddit post. The author, a former female employee of Boulevard Brewing Co., accused the company of multiple instances of blatant sexism and harassment. She provided a detailed account of situations involving herself and other women in the employ of the local brewery, and shared her experience with having human resources and management ignore or diminish the claims of herself and other employees.

When the world thinks about Kansas City, behind BBQ and our sports teams, Boulevard Brewery is obviously in the top five. With an organization that represents the city as the whole, seeing coast to coast admonishment of the institution’s behavior is a distressing situation. One that calls for a swift and engaging response.

Instead, Boulevard has stumbled through a series of reactions that have only drawn greater public ire and has even emboldened the workforce to consider taking their own immediate action against the company. 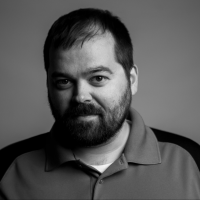 "I like beer. On occasion, I will even drink beer to celebrate a major event such as the fall of Communism or the fact that the refrigerator is still working.” – Dave Barry
Top
Post Reply
2 posts • Page 1 of 1